Veonity was established in 2013 by Anders Sköld, Samuel Lundström and Kristoffer Lidre. They were bound together by their love for bands like Helloween, Gamma Ray, Stratovarious and Edguy (to name a few) and a vision to create epic songs that never did. In 2014 Joel Kollberg brought his drumming skills into the equation and the line-up was thus completed.

Veonity has toured with Powerwolf (Russia, Belarus 2017), Freedom Call (Europe 2017) as well as shared the stage with bands like Sabaton, Dragonforce and Sonata Artica. In June 2017 the four-piece reached a great milestone in the band’s career: playing at the biggest metal festival in the country, Sweden Rock Festival.

The Silent Rage is a melodic power metal band hailing from Athens, Greece. With two EPs released in 2009, they went on to release their debut album “The Deadliest Scourge” in 2016 through Greek Label Alone Records. This was mixed and mastered at Devasoundz Studios (SepticFlesh, Chaostar, Rotting Christ) and featured guest appearances by Apollo Papathanasio (Spiritual Beggards, ex Firewind) and Yossi Sassi (ex Orphaned Land).

With an extensive touring history, they have shared the stage with the likes of Shadow Gallery, Rage, Grave Digger, Stratovarius, Rotting Christ, Temperance, Primal Fear, Gus G and Destruction among many others.

They are currently in the process of recording their next album.

Scottish Titan’s Tiberius bring a catchy progressive metal sound, with a few hint of power they have had an impressive touring schedule including some prestigious festival slots over the past year. 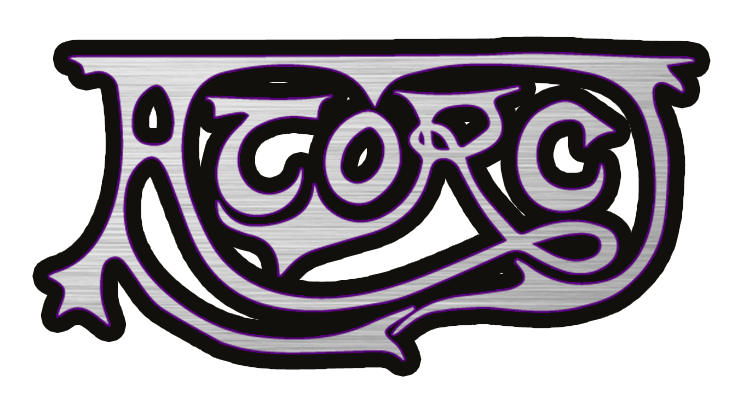 From the darkest depths of Suffolk, The six Folk Metal Warriors of East Anglia are always ready for raiding and a drinking session. From head-bangin’ to toe-tappin’ in twenty seconds, they’ll be sure to give you a night to remember.

Influenced not only by the folk metal bands of Scandinavia and Mainland Europe we also are influenced by a lot of Power metal, Thrash metal as well as melodic metal bands too.
Our overall sound’ has clean and harsh vocals, a roaring guitar riffs, booming bass lines, harmonic keyboards, a leg slapping violins and fist-pounding drum beats.

Bring them together and you got the Battle-Hardened Folk Metal Warriors of East Anglia ready for battle and glory!

Rites to Ruin is a new heavy metal band incorporating former members of Triaxis, In the Absence of Light, Burn Thy Enemy and Shadows of Serenity.
Formed in 2019, R2R are in the midst of writing their first album while honing their live set ready to unleash it with a a series of shows in early 2020. Fronted by vocal powerhouse, Krissie Kirby. Rites to Ruin promises to deliver a traditional heavy metal sound with a modern twist.

Stormrider was formed in early 2017 in Manchester by Przemyslaw, Rob and Cristiano. The line-up was finalised in May with the addition of lead singer Mike. Rooted in NWOTHM and with influences ranging from hard rock and classic heavy metal (Iron Maiden, Judas Priest) to power/thrash (Iced Earth, Kreator, Metallica), the band’s music offers raw, uninhibited power combined with a keen sense of melody.

Since its formation in early 2017 the band slowly but surely have established themselves on the local and North-Western gig circuit by participating in Metal 2 the Masses and one of the biggest local festivals – SOS Festival. Thanks to their live success, in the second half of 2018 they have won opening slots for the likes of Power Quest and Diamond Head which promise to help the band grow. In 2018 the band released their debut EP “Heavy Metal Machine” which was well received by fans and critics alike. Consisting of four tracks, the EP is the classic metal sound, combining vibrant guitar work and powerful vocals that display the true essence of the band!